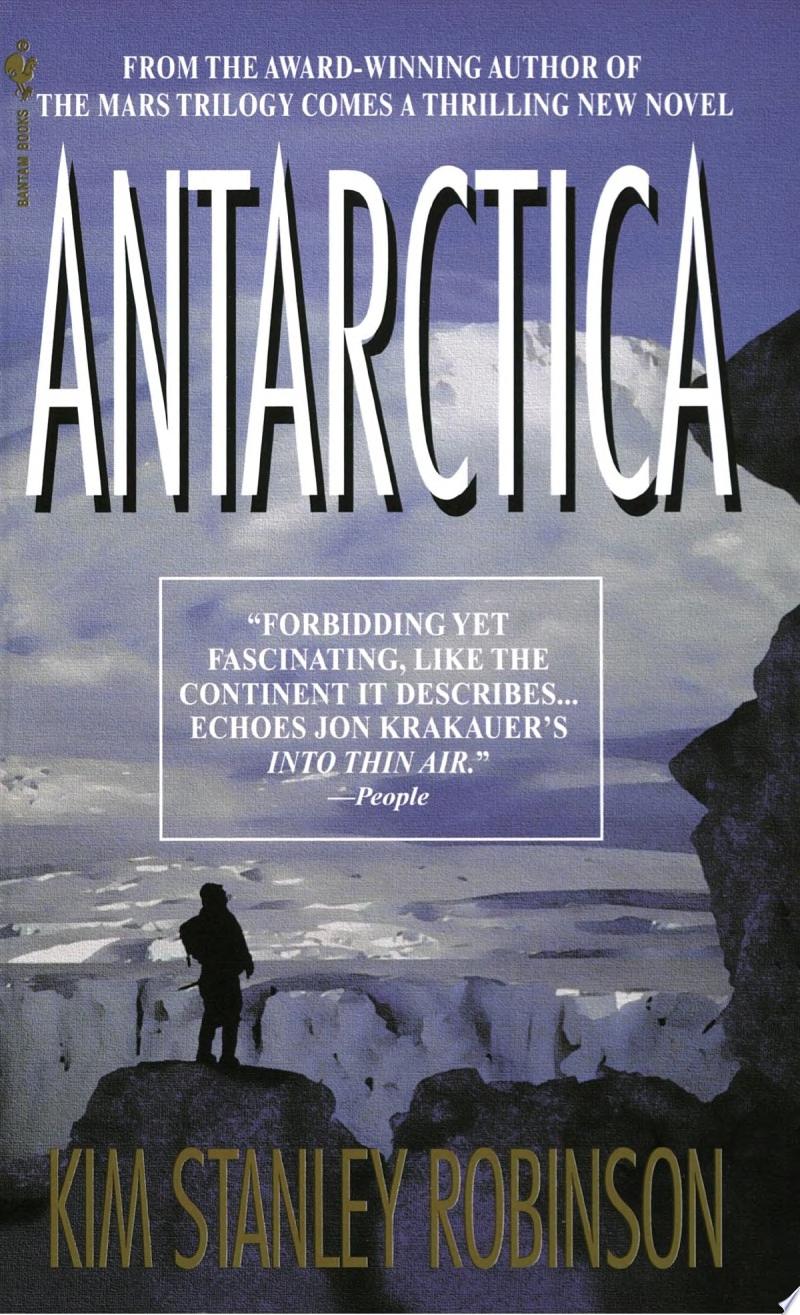 The award-winning author of the Mars trilogy takes readers to the last pure wilderness on Earth in this powerful and majestic novel. “Antarctica may well be the best novel of the best ecological novelist around.”—Locus It is a stark and inhospitable place, where the landscape itself poses a challenge to survival, yet its strange, silent beauty has long fascinated scientists and adventurers. Now Antarctica faces an uncertain future. The international treaty which protects the continent is about to dissolve, clearing the way for Antarctica’s resources to be plundered, its eerie beauty to be savaged. As politicians wrangle over its fate, major corporations begin probing for its hidden riches. Adventurers come, as they have for more than a century, seeking the wild, untamed land even as they endanger it with their ever-growing numbers. And radical environmentalists carry out a covert campaign of sabotage to reclaim the land from those who would destroy it for profit. All who come here have their own agenda, and all will fight to ensure their vision of the future for the remote and awe-inspiring world at the South Pole. Praise for Antarctica “Forbidding yet fascinating, like the continent it describes . . . echoes Jon Krakauer’s Into Thin Air.”—People “[Antarctica] should be included in any short-list of books about the frozen continent…. Compelling characters…a rich and dense story…Robinson has succeeded not only in drawing human characters but also in bringing Antarctica to life. Whatever happens in the outer world, Antarctica—both the book and the continent—will become part of the reader’s interior landscape.”—The Washington Post Book World “The epic of Antarctica. This is the James A. Michener novel of the South Pole. If the meaty one-word title didn’t give it away, the writing would. The whole human history of the continent is here.”—Interzone “Antarctica will take your breath away.”—Associated Press “A gripping tale of adventure on the ice.”—Publishers Weekly “Passionate, informed…vastly entertaining.”—Kirkus Reviews “Robinson writes about geography and geology with the intensity and unhurried attention to detail of a John McPhee.”—The New York Times Book Review