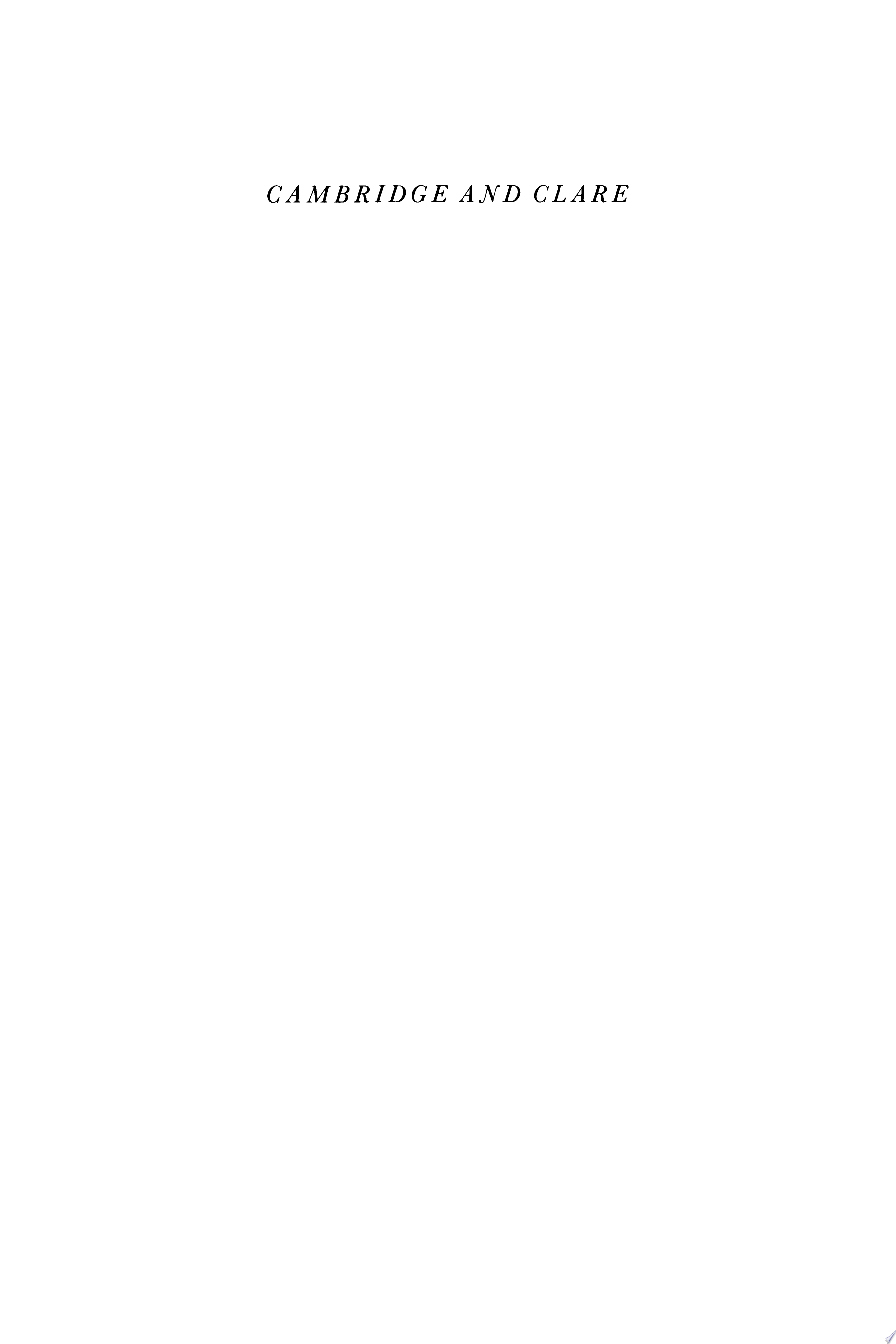 Sir Harry Godwin looks back over sixty years of life at Clare College, the University of Cambridge and its very distinguished school of Botany. He came to Clare in 1919 as an undergraduate, became an early research student and was a Fellow from 1925. A botanist, he was virtual founder of the science of Quaternary Research in England, using the technique of pollen analysis to show the age of plant remains and their distribution, especially in the Fens and peat bogs of Eastern England. His History of the British Flora (CUP 1956) is a classic. Sir Harry contemplates his threefold life, as a deeply loyal college man, as a Cambridge researcher and professor, as a member of the wider scientific world. He remembers the long-past Cambridge of small college societies, still in touch with the Victorian world, and tells of its characters and conventions. He explains his own scientific work in terms that any reader can understand. The whole story is a microcosm of Cambridge and English life: the time and the world of Snow’s The Masters, but made more real and a great deal more genial.

Ethics and Research in Inclusive Education, Values Into Practice by Kieron Sheehy PDF

Peer Learning in Higher Education, Learning from & with Each Other by David Boud,Ruth Cohen,Jane Sampson PDF

The Cambridge History of Ancient China, From the Origins of Civilization to 221 BC by Michael Loewe,Edward L. Shaughnessy PDF