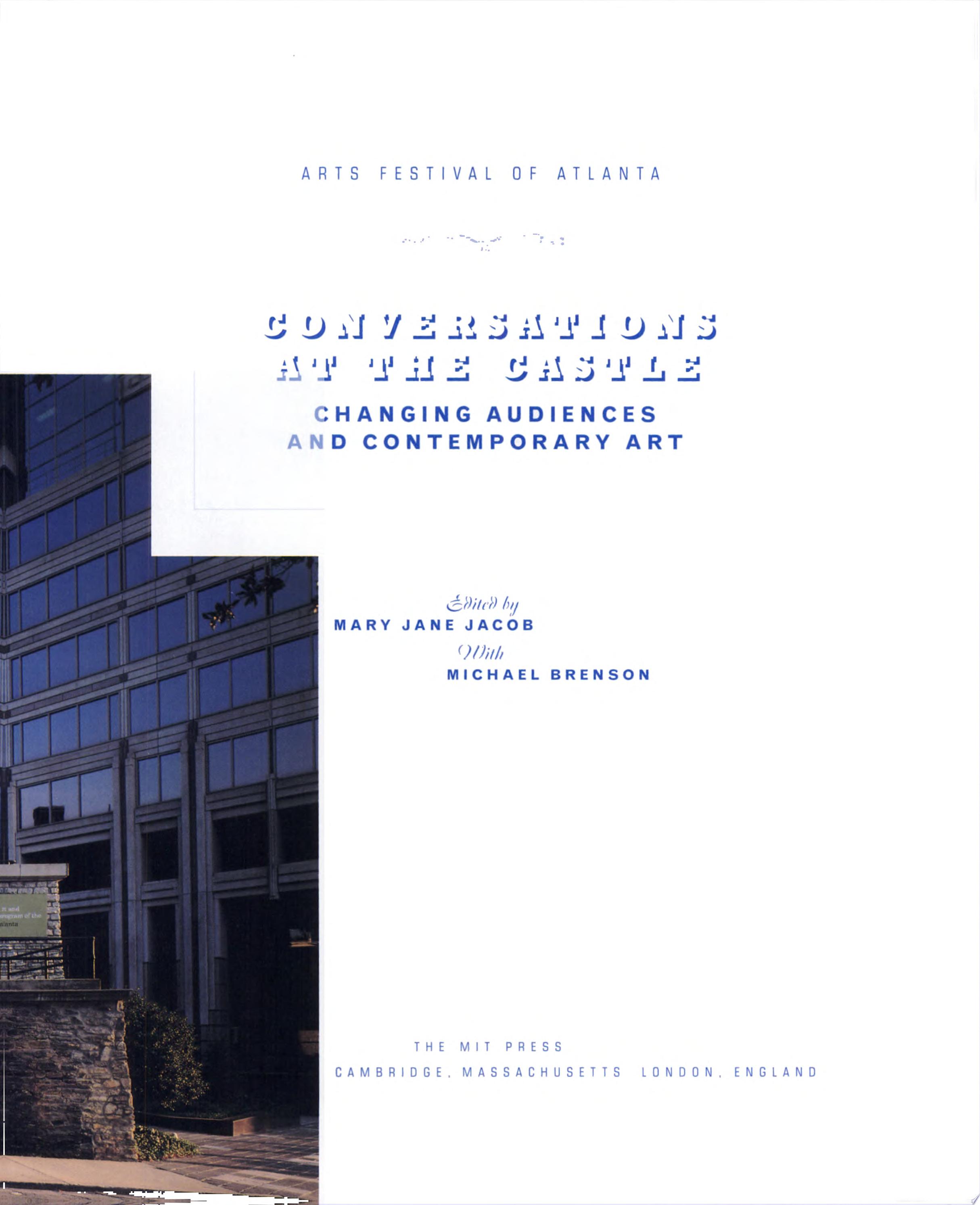 This book addresses one of the most troubling questions of contemporary art theory and practice: Who is contemporary art for? Although the divide between contemporary art and the public has long been acknowledged, this is the first time that artists, critics, and the public have come together to debate the problem and to make artmaking, criticism, and public reaction part of the same process. Like the exhibitions, discussions, and seminars held at “The Castle” during the summer 1996 Olympic Games in Atlanta, this book is based on the premise that contemporary artists and the general public have something to say to each other. By positing the space of “conversation” as one in which artworks can be experienced as creative sites open to multilayered interpretations by changing audiences, the book provides an antidote to the modernist connoisseurial silence that has long been used to define quality. The book is divided into three sections. The first contains essays by project curator Mary Jane Jacob, critic and coeditor Michael Brenson, and cultural critic Homi K. Bhabha. Their essays describe fresh approaches to contemporary art and its audiences at a time of increased access through technology and decreased government funding. The second section contains essays by the six artists/collaborative teams involved in the project. Their works, aimed at public participation, included installation-performances, collaborations with Atlanta communities, cross-country tours, and the creation and presentation of food as a means to stimulate conversation and construct community. The artists are: artway of thinking (Italy), Ery Camara (Senegal/Mexico), Mauricio Dias and Walter Riedweg (Brazil/Switzerland), Regina Frank (Germany), IRWIN (Slovenia), and Maurice O’Connell (Ireland).The final section contains seven essays by the critics, curators, educators, administrators, and artists who led the “Conversations on Culture” at The Castle. The essays are by Jacquelynn Baas, Michael Brenson, Lisa Graziose Corrin, Amina Dickerson and Tricia Ward, Steven Durland, Susan Krane, and Susan Vogel.

Bibliography of Conversations at the Castle, Changing Audiences and Contemporary Art by Ga.) Arts Festival of Atlanta (1996 Atlanta

Title: Conversations at the Castle, Changing Audiences and Contemporary Art

Download Conversations at the Castle, Changing Audiences and Contemporary Art by Ga.) Arts Festival of Atlanta (1996 Atlanta PDF For Free