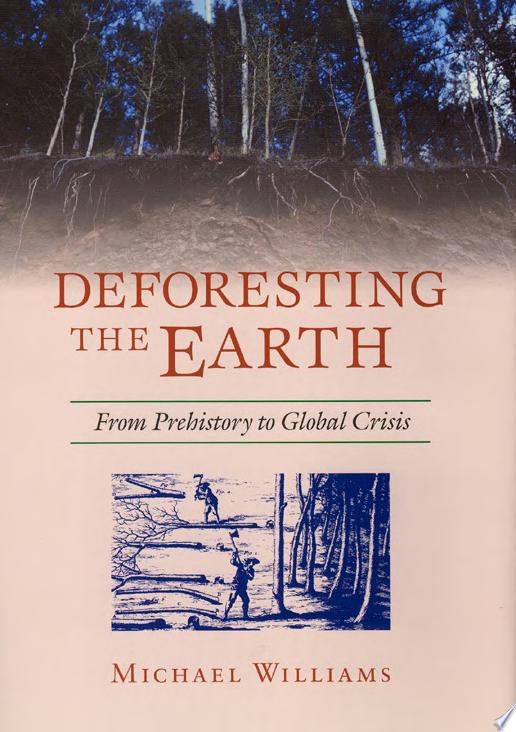 Since humans first appeared on the earth, we’ve been cutting down trees for fuel and shelter. Indeed, the thinning, changing, and wholesale clearing of forests are among the most important ways humans have transformed the global environment. With the onset of industrialization and colonization the process has accelerated, as agriculture, metal smelting, trade, war, territorial expansion, and even cultural aversion to forests have all taken their toll. Michael Williams surveys ten thousand years of history to trace how, why, and when human-induced deforestation has shaped economies, societies, and landscapes around the world. Beginning with the return of the forests to Europe, North America, and the tropics after the Ice Ages, Williams traces the impact of human-set fires for gathering and hunting, land clearing for agriculture, and other activities from the Paleolithic through the classical world and the Middle Ages. He then continues the story from the 1500s to the early 1900s, focusing on forest clearing both within Europe and by European imperialists and industrialists abroad, in such places as the New World and India, China, Japan, and Latin America. Finally, he covers the present-day and alarming escalation of deforestation, with the ever-increasing human population placing a possibly unsupportable burden on the world’s forests. Accessible and nonsensationalist, Deforesting the Earth provides the historical and geographical background we need for a deeper understanding of deforestation’s tremendous impact on the environment and the people who inhabit it.

Bibliography of Deforesting the Earth, From Prehistory to Global Crisis by Michael Williams

Title: Deforesting the Earth, From Prehistory to Global Crisis

Download Deforesting the Earth, From Prehistory to Global Crisis by Michael Williams PDF For Free