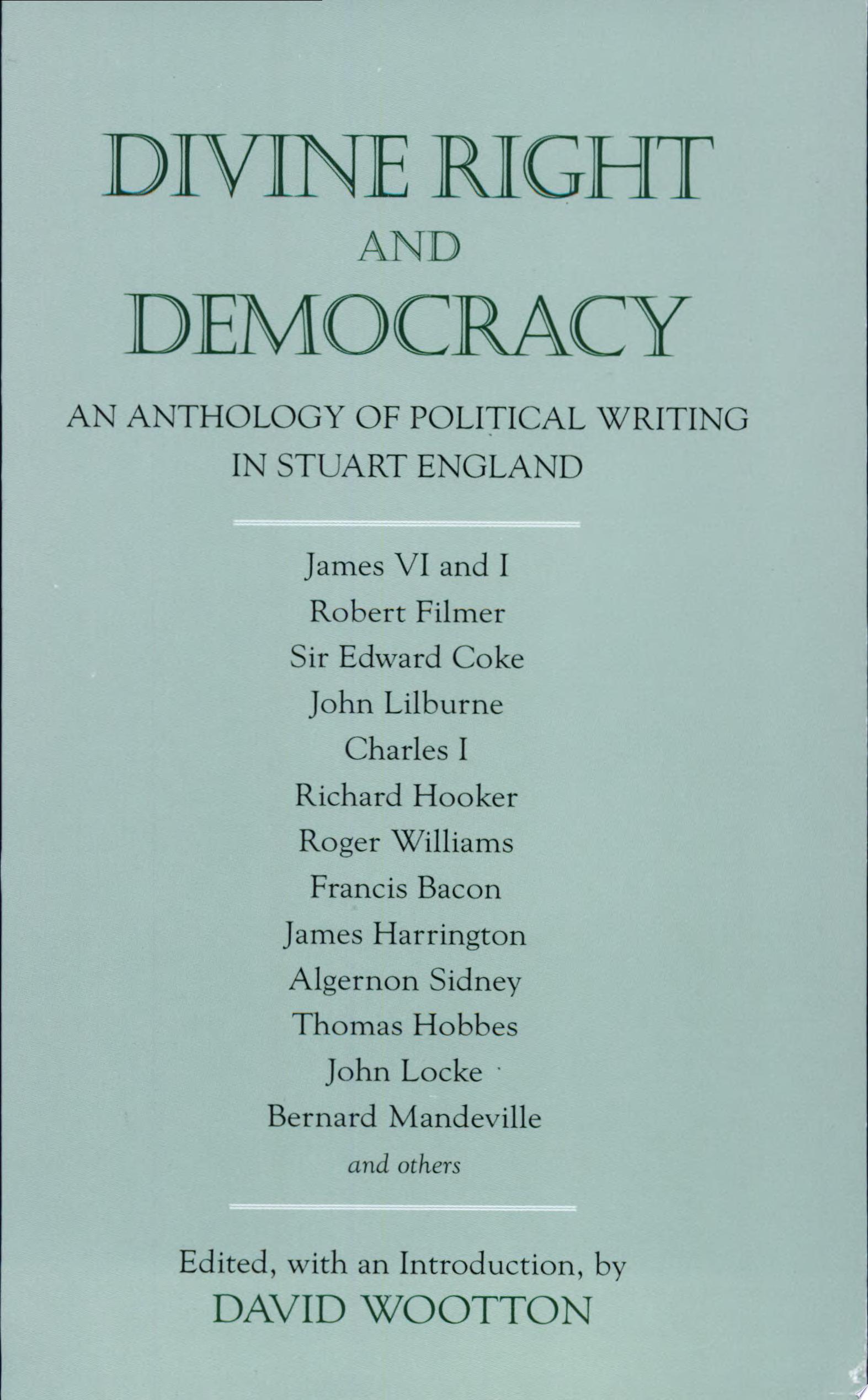 The seventeenth century was England’s century of revolution, an era in which the nation witnessed protracted civil wars, the execution of a king, and the declaration of a short-lived republic. During this period of revolutionary crisis, political writers of all persuasions hoped to shape the outcome of events by the force of their arguments. To read the major political theorists of Stuart England is to be plunged into a world in which many of our modern conceptions of political rights and social change are first formulated. David Wootton’s masterly compilation of speeches, essays, and fiercely polemical pamphlets–organized into chapters focusing on the main debates of the century–represents the first attempt to present in one volume a broad collection of Stuart political thought. In bringing together abstract theorizing and impassioned calls to arms, anonymous tract writers and King James I, Wootton has produced a much-needed collection; in combination with the editor’s thoughtful running commentary and invaluable Introduction, its texts bring to life a crucial period in the formation of our modern liberal and conservative theories.

Bibliography of Divine Right and Democracy, An Anthology of Political Writing in Stuart England by David Wootton

Title: Divine Right and Democracy, An Anthology of Political Writing in Stuart England

Download Divine Right and Democracy, An Anthology of Political Writing in Stuart England by David Wootton PDF For Free