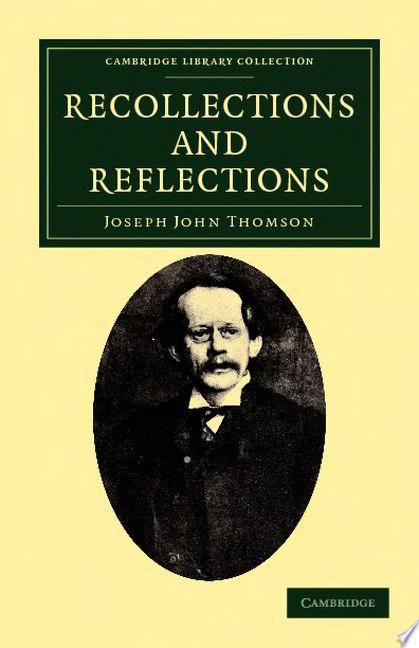 Manchester-born Sir Joseph John Thomson (1858-1940), discoverer of the electron, was one of the most important Cambridge physicists of the later nineteenth and first half of the twentieth centuries. Succeeding Lord Rayleigh as Cavendish Professor of Experimental Physics, he directed the research interests of the laboratory, and eight of his students, including Rutherford, went on to win Nobel Prizes, as Thomson himself did in 1906. He was knighted in 1908, received the Order of Merit in 1912, and became Master of Trinity College in 1918. He also served as President of the Royal Society from 1915 from 1920 and was a government advisor on scientific research during World War I. This autobiography, published in 1936, covers all aspects of his career – his student days in Manchester, arrival in Cambridge, and growing international reputation. It gives a fascinating picture of Cambridge life and science at a dynamic period of development.