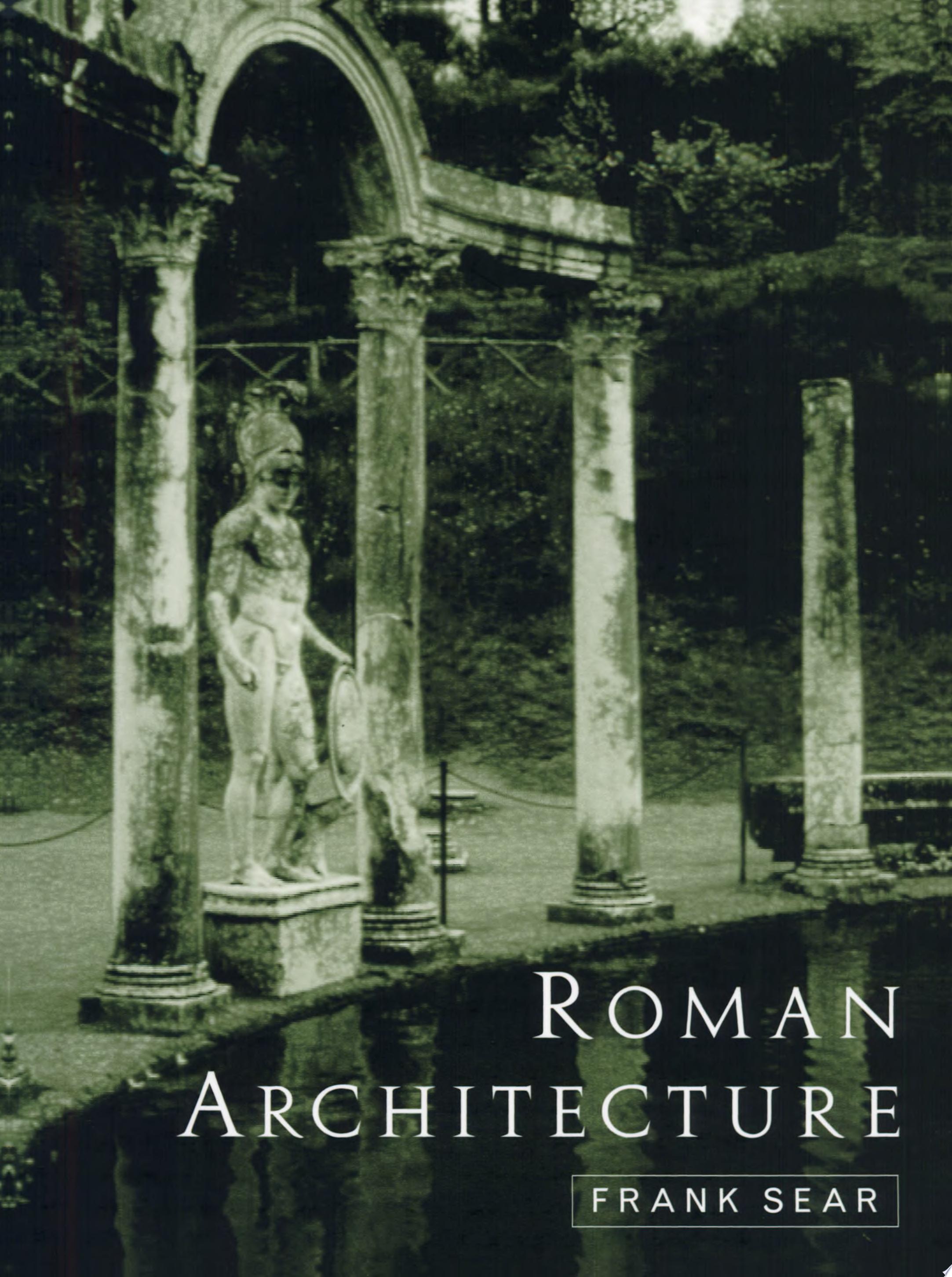 Frank Sear traces the evolution of architecture during the four centuries from the late Republic, when Roman building came of age, to A.D. 330, when Constantine moved the empire’s capital to Constantinople. More than 200 photographs, maps, and drawings illustrate a discussion ranging over the extent of the empire, from Italy and North Africa and to the European and eastern provinces. Sear elucidates the complex development of Roman architecture by studying in detail the one site he feels to be the most significant and representative of a given period or province and by placing each site in its historical and cultural context. Incorporating the latest archaeological findings, Sear treats much more than stylist innovations; he carefully considers the building methods and materials used by Roman architects and engineers, and he pays close attention to the conditions under which the buildings were erected. This updated edition of Roman Architecture includes a full bibliography.

The Roman Amphitheatre, From Its Origins to the Colosseum by Katherine E. Welch PDF

The Architect, Chapters in the History of the Profession by Spiro Kostof PDF